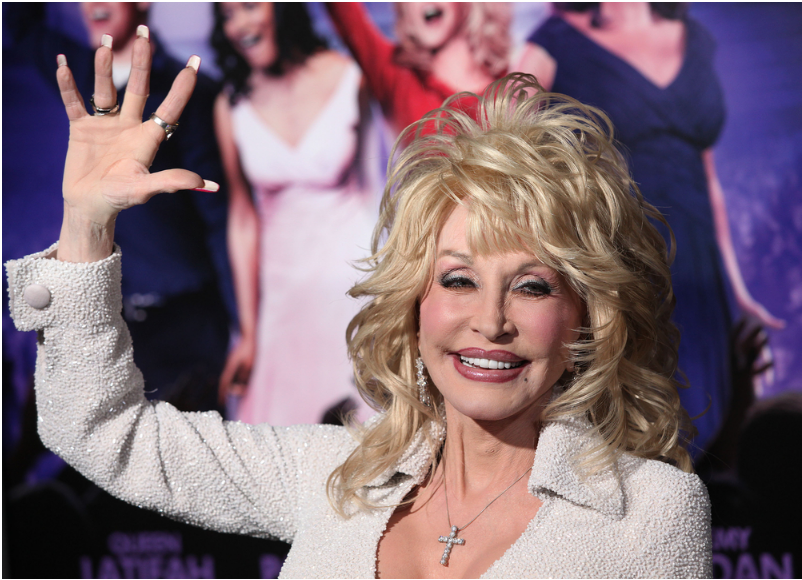 Legendary country music sensation Dolly Parton blasted Satanism and righteously stood up for her deeply-held Christian convictions in a stunning rebuke of society’s crumbling religiosity. Parton laid into Satanism shortly before performing a powerful rendition of her classic “Go To HeII.”

“My brothers and my sisters, I am here to tell you that Satan is real. He is real and walking around amongst us, trying to destroy everything that’s good and beautiful,” Parton stated. “He wants to break our hearts and minds, destroy our dreams and plans. He wants to tear us up in little pieces, break us down, and send us straight to hell.”.

Parton then added, “Oh my God can do anything. My God can heal the sick, mend broken hearts, and take our souls to heaven. So Satan, listen up, in God’s name I rebuke you. I stand up in his name, look you in the eye, and laugh in your ugly face.”

As The DC Enquirer so eloquently put it, this moving moment was a “sight for sore eyes” after witnessing relentless attacks on Christianity and its values.

The same God who raised His Son Christ Jesus from the dead works in the hearts and minds of believers to raise them to the blessed hope of eternal life. Satan is a conquered foe and his days are numbered. Indeed, how could he hope to challenge such an awesome God? “The strife is o’er, the battle done; the victory of life is won.”

See also  Texas Man Recovers Engagement Ring Lost in Tornado, Proposes in the Midst of Debris: 'God Had His Hand'

Indeed, it is truly a sight for sore eyes. Public displays of religiosity have fallen out of favor in recent years. With rampant secularism working against the founding principles of the United States, it is no wonder. But patriotic Americans know the rule religion plays and ought to play in public life. Christianity is part of the American culture and to ignore Christianity is to ignore our sacred heritage as the American people. An America without Christian values is not the America the founders established.

Dolly Parton was not always publicly religious, but at the 2019 Grammys she opened up about her faith after being nominated for best contemporary Christian music performance and song for her work on the number, “God Only Knows.” She said that she felt “called by God” to share His love and message.

“I’ve done so many things,” Parton said in an interview. “And I see that I am in a position to help. People look at me like someone they’ve always known, like a mother or sister. If I say something good, people might listen.”

“I’ve just felt like God was calling me into that. I’ve always felt like my music was more my ministry than a job. I just feel that this day and time, we need more people that are in a position to help to try to do something, if they can, to brighten the world a little bit. That’s what I’m hoping to do now.”